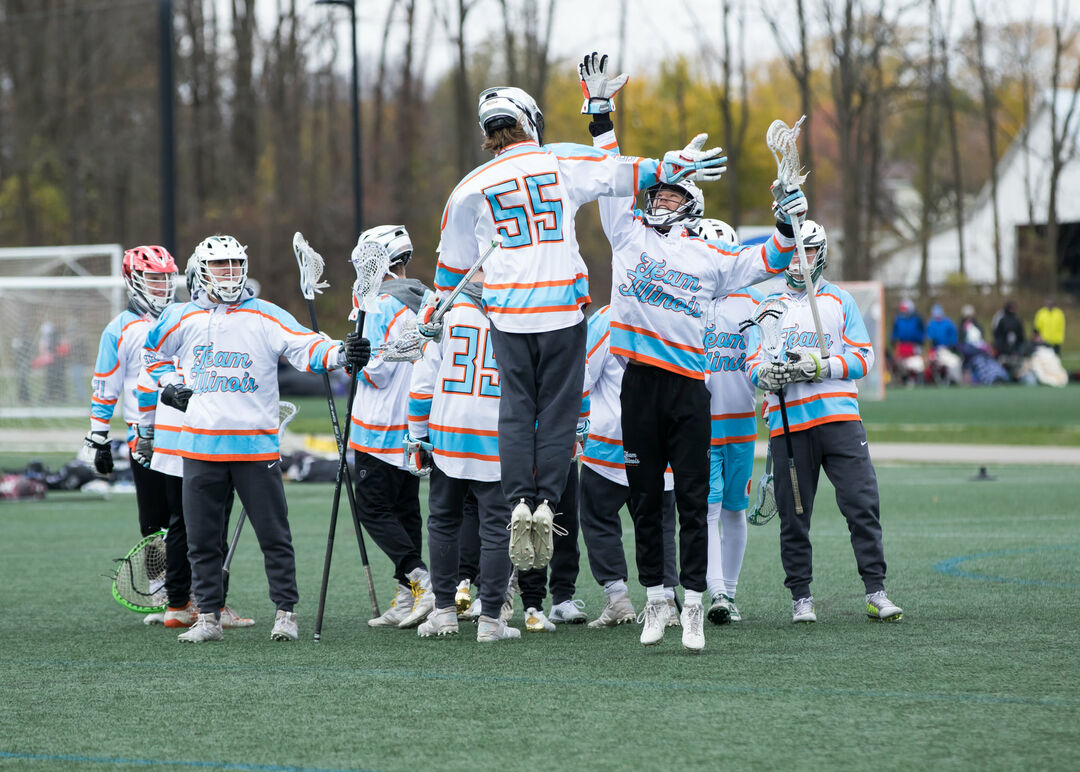 1.  Loyola Academy - Loyola enters 2021 with the most talent they have ever had in Wilmette. They have division 1 talent and depth at every position and are led by one of the best and most experienced coaching staffs in the state. Going to be tough to bet against Loyola this year. (Notable players - Will Maheras (Yale), Jameson Eigel, Connor Ditamasso (Hobart), Reid Walsh (York), Nate Switzenberg, Klaus Anger)

2.  New Trier - New Trier has unbelievable coaching and discipline.  Their staff always has them prepared for every matchup and they have the talent to match.  They graduated a lot of talent and leadership in 2019 and 2020. For that reason, their rank is slightly below Loyola to start the year. (Notable Players - Jesse Shapiro (Utah), Johnny Hackett, DJ Nolan (Roanoke), Vinny Flanagin (Providence), John Babnik (Ohio Wesleyan))

3.  Lake Forest - This is a special senior class for Lake Forest. They will no doubt enter 2021 with some extra motivation. This group has one goal in mind and will give every opponent their full effort this year. Lake Forest still needs to be tested against a true top opponent. This 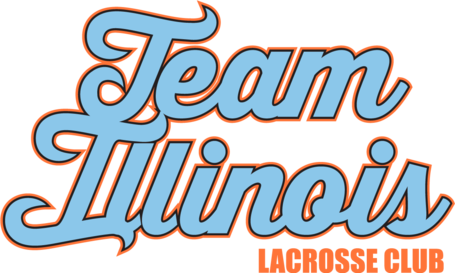 program is building a reputation of falling just short year after year. There are a lot of people that would like to see this group break through. (Notable Players - Connor Armstrong, Richie Hoskins (Middlebury), Charlie Silver, Gavin Hone, Jack Carrabine, Johnny Morgan, Nick Winebrenner)

4.  St. Rita - This was one of multiple teams that was absolutely loaded in 2020 and most likely would have made a program changing playoff run. Good news for the Mustangs is they kept a ton of their talent and also have some great young talent coming through the pipeline. This coaching staff has done a great job establishing St. Rita as the top destination for South Suburban lacrosse players. Look out for this team to turn some heads this spring. (Notable players - Michael Gaughan (St Josephs), Eric Seo, John McIntyre (Merrimack), Colin Tobias, Burke Eaheart, Chase Krolik (Elmhurst), Josh Krolik (Lewis))

5.  St. Viator - Speaking of teams that were going to be loaded in 2020. Saint Viator graduated its most decorated class in program history with four division 1 commits and five other division 2 and 3 commits. There will be a ton of holes to fill for this staff and it will be interesting to see which players step up. Long story short, this group has a ton of young talent but need to prove they can win against top teams before they are considered a state title contender. (Notable Players - Mikey Pastore (Denison), Anthony Luczak (MSOE), PJ Scales, Carson Eggebraten, Matt Wilder (ONU))

6.  York - Similar to Saint Viator, the Dukes have a plethora of young talent and will roll through any team that does not come ready to play this spring.York features one of the best goalies in the state and should be primed for a playoff run come June. (Notable players - Ryder Maston, Will Siegenthaler, Conor Selfridge, Lance McCann, Josh Temple (Kenyon))

7.  Neuqua Valley - The Wildcats have made multiple deep playoff runs in recent years and have another solid group of seniors this spring. Depth will be a question but their starting lineup will be able to run with anyone. (Notable players - Holden Charboneau (Seton Hill), Daniel Curtis, Andrew Arimborgo, Bodie Perry, Reese Baron, Charlie Stemen)

8.  Naperville North - With one of the best head coaches in the state, the Huskies have been a consistent force out of the western suburbs for over 10 years and will have another solid roster this spring. Naperville North  will not struggle to score, but their defense will determine how far they can go this year. (Notable players - Jacob Lubrant (Hartford), Collin Kaiser, Gavin Merriman, Dylan Sullivan)

9.  Glenbrook North - The Spartans were going to roll out one of their youngest teams in recent memory in 2020 and still have a lot to prove this spring. However, love it or hate it, their pressure zone defense causes headaches for every offensive coordinator in the state. This team will be tough to play against and their staff always has them ready for the playoffs. (Notable Players - Jack Hardesty, Daniel Wilcox, Sean Finkle, Matt Carr)

10.  Grayslake North - Coach Fish has done a tremendous job building a program that is respected around the state. With his star player and son Nicholas Fish (2021 Delaware) graduating this year, this team will surprise some teams this spring. (Notable Players - Nicholas Fish (Delaware), Christian Taylor)

Keep an eye on:

Lyons Township -  2019 IHSA Head Coach of the Year, Seth Molek, will have his hands full this year, but this team could surprise.

Warren - An impressive program that played hard in the 2019 state championship game.  Looking to see some depth emerge to get back to the big game.

Libertyville - Matt Brenner is a game-changing player and they are very well coached.  If they come together as a team, they’ll be poised for a big year.

Downers Grove - The twin towers of LSM Zander Johnson (UMass) and goaltender Michael Piotrowski will threaten to shake up the West Suburban Conference.. 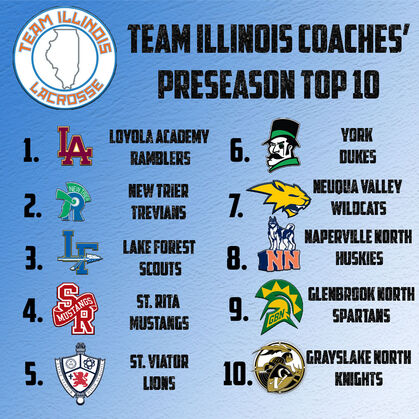